MEP Csaba ŐRY, being im charge of the report on social inclusion in the new Member States, commented the main issues to the Hungarian news agency MTI following the discussion of the amendments submitted to the Committee on Employment and Social Affairs of the European Parliament.

Brussels, March 30 (MTI) – The best way that the European Union can overcome poverty is to create jobs while improving competitiveness as part of the Lisbon strategy, said a European Parliament report by Hungarian MEP Csaba ÕRY (EPP-ED), debated in the EP’s employment committee in Brussels on Wednesday.
ÕRY issued a press release noting that EU institutions were increasingly focusing on policies that offered true equal opportunities in the new members. His report said that the EP was increasingly concerned over the deterioration of the financial situations of local government in new members. His report contained proposals for comprehensive strategies to turn this around, he said.
The only way to create jobs is for the economic policies of the new members to give more support to their small and medium sized enterprises (SMEs), the report said. However, the new members have been very hesitant to support SMEs although they have overtaxed them and burdened them with so much administration that they simply cannot grow, ÕRY’s report noted.
The EP is expected to call on EU members to revisit their economic policies, and give more support to job creation and SME growth in the light of ÕRY’s report.
ÕRY noted that local governments were in dire financial straits, with central governments passing down welfare responsibilities and not funding the mandates. The current debt of the local governments of Hungary, the Czech Republic, Poland, and Slovakia is up to EUR 10 billion, he said. 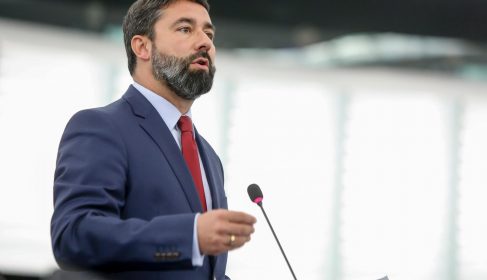