The Visegrád Group conference titled “Future of Europe,” held last week in Budapest’s Castle Garden Bazaar, a UNESCO World Heritage site, offered an opportunity to take a closer look at the continent’s future from a distinctly Visegrád perspective. During the event, which took place as part of the Hungarian V4 presidency leading politicians, renowned professors and well-known public figures offered thoughtful and provocative insights on the political and cultural forces that will shape Europe’s future. Here’s a brief rundown.

Minister of Foreign Affairs and Trade Péter Szijjártó, in his opening address, talked about the historical challenges facing Europe in the coming months and years. The question of security stands first among them. “Europe hasn’t been as unstable as it is now since the Cold War,” he said. Secondly, with Brexit on the horizon, the European Union will lose one-seventh of its economic weight.

The third concern challenges our cultural identity, while the fourth battlefield pits federalists against the advocates of national sovereignty. Minister Szijjártó said that the final challenge revolves around the question of the EU’s democratic deficit. “We should consider disputes within the EU as a natural phenomenon,” Szijjártó said adding that “when should we have disputes if not now, when we are deciding on the future of Europe.” 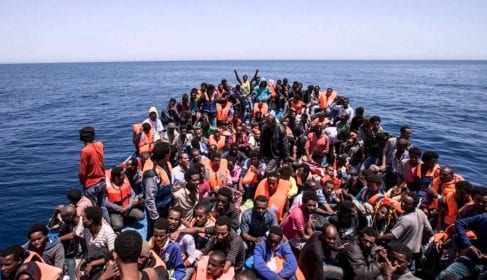 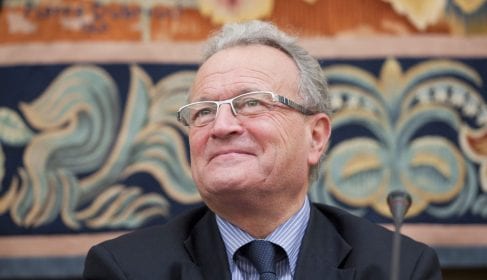 Certain European opinion-leaders and media outlets, reacting to the news of the re-election April 8 of Viktor Orbán and the […]

Later that day, Douglas Murray, best-selling author of “The Strange Death of Europe,” posed tough questions about the migration crisis and Europe’s response to it. “Can Europe be the home of anyone in the world who wants to move in and call it home?” he asked. According to Murray, the answer should be a resounding no.

“We cannot possibly pick up everybody who wishes to come on board,” he said, adding that “a rational approach to our continent’s challenges would recognize not only what we can do, but also what we cannot.”

During his highly anticipated appearance, Steve Bannon, President Trump’s former campaign chief and chief advisor, said that the “fundamental question of our time is whether the West has the will to survive.”

“Do we have the confidence in our values to defend them at any cost?” he continued, “Do we have enough respect for our citizens to protect our borders?  Do we have the desire and the courage to preserve our civilization in the face of those who would subvert and destroy it?” According to Bannon, Prime Minister Viktor Orbán has provided an answer in his aim to build, as the PM has said, “a 21st Century Christian democracy which guarantees human dignity freedom and security, protects the equal rights of men and women, the model of the traditional family, puts the brakes on anti-Semitism, protects our Christian culture.”

Kicking off the geopolitical panel on the second day of the conference former President and Prime Minister of the Czech Republic Václav Klaus provided an overview of the contemporary geopolitical situation of the region. Europe is “weak and shaky,” he said, because of the prevailing EU ideology that “systematically undermines” the traditional, historically proven pillars of Europe and deliberately strives to deconstruct the nation state, the family and even man. Klaus commented on the current international situation by saying that while “Russia is back” and “China is here to stay,” “the United States of America is infected by the virus of progressivism.”

For more details on the “Future of Europe” conference sponsored by V4 Connects, the Hungarian presidency of the Visegrad Group, see here.