As Christians around the world celebrated the third Sunday of Advent, a Coptic Christian cathedral was bombed in Cairo, Egypt during services. This is just one more example of Christians being targeted by radical Islamists in the Middle East and North Africa. The 25 martyrs, many of whom were women and children, died because of their religion. When will Europe finally realize that our Christian brothers and sisters in the region need our help and act accordingly?

Today, these communities in the Middle East and North Africa are being persecuted, victimized and slaughtered due to their religion. During my fact-finding visit to Egypt last November, I witnessed that the rule of President El-Sisi is currently making efforts to step up against radical movements and to ensure conditions for the co-existence of religious groups in the country. Still, Christians in other parts of the Middle East remain a historical, religious community forced to suffer under radical Islamist attacks. Some individual countries try to help, but the European Union, as a whole, has yet to hear their cries. 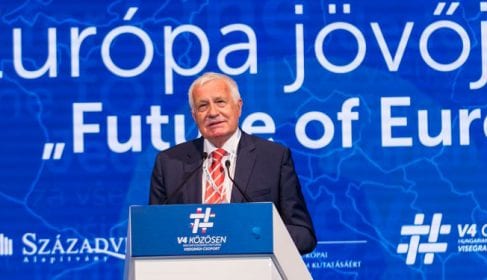 Apart from frequent reports about Christian communities being forced to leave their homes as a result of ISIS activity in the Middle East, I experienced first-hand the extent of the humanitarian crisis during my repeated visits to Erbil, Iraq last April and December. Even if the vast majority, some 1.4 million Christians, have already fled persecution in recent years, we, the European Union, cannot abandon our brothers and sisters who are still in danger.

Even if the international efforts to free Mosul and Northern Iraq from ISIS rule is advancing, the safety of Christians is not guaranteed by any authority in the area. Christians are still afraid of returning to their villages. There is no water and electricity supply in many places. The return of displaced people is extremely questionable. Therefore, EU and national funds will be critical for the reconstruction of homes, infrastructure and churches. European countries must assess and share these tasks according to their best capacity.

We must understand that this time there is a lot more at stake than simply the protection of the Christian minorities. As High Representative Federica Mogherini pointed out: persecution of Christians refers not only to the millions currently in danger, but also to the threatened extinction of a culture in the Middle East whose history goes back thousands of years.

Today, the religious group that faces the most show trials, death sentences or financial punishment based solely on their religion are the Christians of the Middle East and North Africa. Their suffering and pain must be heard throughout the European Union. Not only because these Christians are our brothers and sisters, but also because even non-Christian Europeans should believe and fight for freedom of religion around the world.

Now, as the crisis continues and an immense number of them still live under extremely difficult circumstances, we need to launch a firmer and more resolute plan of action.

There are results that provide a good basis for continued action. As co-chair of the EPP interreligious working group in the EP, I have taken with my colleagues the initiative to promote the passing of fourteen parliamentary resolutions in total, pushing for concrete measures against the persecution of Christians and the spreading of religious radicalism, particularly Islamist extremism. In February 2016, the EP declared in a resolution of utmost political significance that “the so-called ‘ISIS/Daesh’ is committing genocide against Christians and Yazidis, and other religious and ethnic minorities.” This was a great achievement in the common understanding of Christian persecution in Europe and it also opened the way for legal punishment for committing those crimes. We undertook the mission to convince many of our colleagues in the EP that Europe has a special responsibility concerning Christian and other religious minorities in the Middle East.

Individual Member States like Hungary do a lot, but it is much less than what Europe as a united whole could have already achieved. Hungary’s Prime Minister Viktor Orbán has been one of the few proactive European leaders to stand up and raise awareness on behalf of local Christian minorities. Eduard Habsburg, Hungary’s ambassador to the Holy See, observed that the idea of defending Christians has somehow acquired a negative connotation in Europe.

For the Hungarian government, however, helping those in need of assistance is not a matter of personal taste. After his meeting with Pope Francis and Middle Eastern patriarchs in August, Prime Minister Orbán established a new department that helps Christians and other endangered minorities receive visibility and humanitarian support and has even provided assistance for the founding of a Christian school in Erbil, Northern Iraq.

If there is a will, there is a way to help these troubled communities and stand up for what is right. Europe, as a community, could do and should do a lot more.